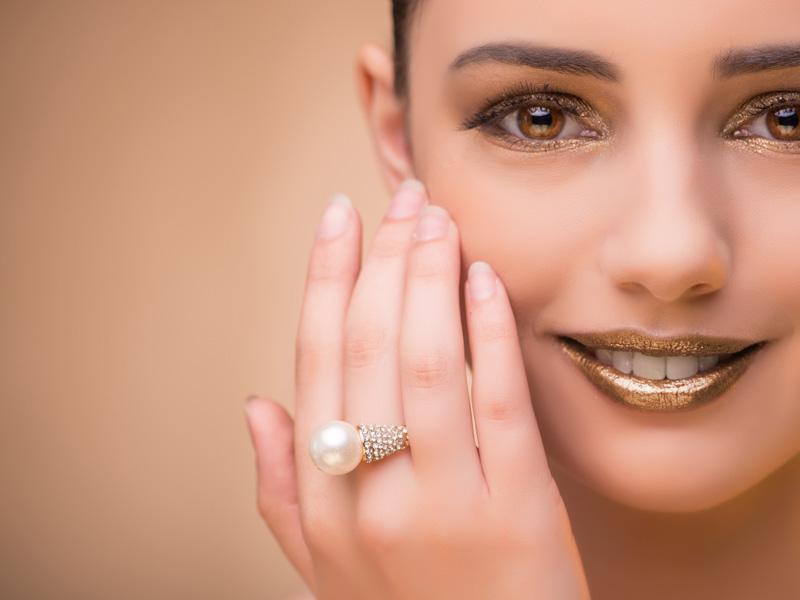 The pearl has a long and fascinating history that goes as far as ancient times. For centuries, people believed that pearls were capable of bringing them love and luck. These beliefs spread throughout Asia and Europe where they were used as a symbol for nobility and chastity and relished as more than just an accessory.

With the first evidence of pearl jewelry found at Susa, the ancient capital of Elam (now the Khuzistan region of Iran) and dated back to around the 4th century BC[1], pearl jewelry has long been one of the most valued possessions, if not the most. Certain kingdoms and societies upheld rules dictating who could and could not wear pearl jewelry (hint: it was usually royalty).

Then came England’s “Pearl Age”, also known as the sixteenth century, characterized by an influx of demand for pearl jewelry, ornaments, and anything else you could think of putting pearls on[2]. Once we had made it to the 20th century, however, it was discovered that cultured pearls could be created by engrafting a nucleus into a living oyster — who knew?! — resulting in a boom in oyster farming.

When it comes to buying pearl gold rings, people must be careful to ensure that they get quality pieces. There are various aspects that one should consider when they are looking for pearl gold rings, including the cost and design of the product, as well as the quality of the materials used for making these products.

Pearls can be very expensive; it is said that the price of a pearl varies depending on the color, size and shape. The most expensive pearls are black pearls, which you may have seen draped around the necks of the rich and famous, such as Michelle Obama, Angelina Jolie, Elizabeth Taylor, just to name a few. In addition, some pearls have a natural crystalline structure that gives them a beautiful luster when they are in light, making them more valuable.

One of the primary factors in determining the cost of pearl engagement rings is the manufacturing process. A machine cut, for example, may only cost $350 to $500 while an artisan cut may cost $800 and up.

How we make them matters…

The most recognized types of tools used in manufacturing gold pearl rings like these are hammers and dies. The former is used to shape the material by tapping it on an anvil, while the latter is used to press the material into the desired shape.

The manufacturing process also influences the quality and durability of a pearl ring. For instance, a machine-cut ring will be less durable than an artisan-cut ring because it lacks any natural pits or grooves in addition to being made from weaker metal. 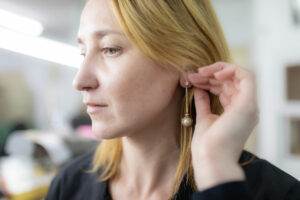 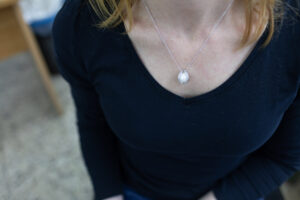 How to Identify a Vintage Pearl Necklace? 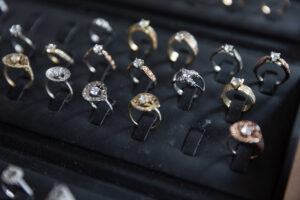 Why You Should Buy Gold Rings for Your Wedding?